Captain Future is a science fiction hero – a space-traveling scientist and adventurer – originally published in a namesake pulp magazine from 1940 to 1951. The character was created by editor Mort Weisinger and principally authored by Edmond Hamilton. There have subsequently been a number of adaptations and derivative works. Most significant was a 1978-79 Japanese anime, which was dubbed into several languages and proved very popular, particularly in Spanish, French, German and Arabic.

From the ultra-popular TV show CAPTAIN FUTURE, a.k.a CAPITAINE FLAM / CAPITAN FUTURO, an anime that brought together a large community of young fans and over the years gained cult status, thanks to the incredible sci-fi adventures of the main hero Captain future and his close friends, Simon Wright, Grag, Otho, Joan Randall and Johnny Kirk. This is the 11th release in HL Pro’s popular Metaltech Series, the MT11 Future Comet, the first ever made diecast model of Captain Future’s famous spaceship in all its color and details. 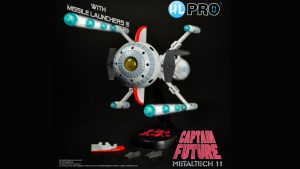 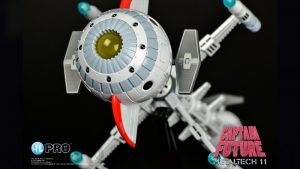 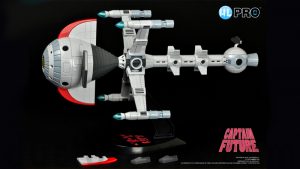